Yogoda Satsanga Society of India (YSS) was founded by Sri Sri Paramahansa Yogananda in 1917. The mission of YSS is to make available to all the ancient scientific teachings, and meditation techniques of Kriya Yoga for achieving all-round success, well-being, and a direct personal experience of God. YSS has more than 200 centers across India to help all Truth-seekers to experience the power of group meditations and to share in spiritual fellowship. Yogoda Satsanga Dhyana Kendra, Chennai is situated at Site 14A, 31 South Boag Road, T. Nagar, Chennai 600017. The Kendra conducts group meditations and satsangs aimed at disseminating the timeless teachings of Paramahansa Yogananda.

History of the Kendra

In 1960, a Meditation center was started in Chennai in humble settings at Mylapore, an old enclave of Chennai. In the early 1970’s, the Kendra was shifted to the Kilpauk area and remained there until a new Kendra was inaugurated in T. Nagar in 2019.

During the late 60’s and early 70’s, Chennai devotees were blessed by visits by YSS-SRF’s 3rd president, Daya Mataji. During her visits she initiated many devotees in Kriya Yoga. Many of Paramahansa Yogananda’s direct disciples have also visited Chennai during the 70’s and 80’s as part of their tours of India.

The Kendra is a hive for devotees-bees to participate in regular group meditations and personally experience the “nectar” of God’s presence within. As part of the meditation services, healing prayers are offered to all who ask for it as well as prayers for world peace and brotherhood. The Kendra celebrates the birth and Mahasamadhi days of YSS Gurus during the year. On such occasions commemorative long meditations are held on preceding Sunday and the last Sunday of each month. Satsangs in Tamil are held every second Sunday of the month.

To better equip and educate the youth, the Kendra conducts Sunday school for children between 6 to 14 years on the “How-to-live” wisdom of the YSS Gurus. The Kendra also conducts humanitarian services (such as flood relief, medical camps and poor feeding) on a periodic basis. 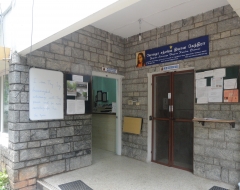 How to Reach Chennai Kendra 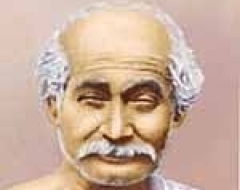 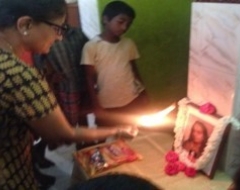 "As part of the yearlong celebrations of the founding of our Guru’s organization, YSDK Chennai has increased...
Read More